How Can 5G Transform the Way You Roll Out Retail?

The next generation of cellular service is upon us. In December, the 3GPP approved a first set of

The next generation of cellular service is upon us. In December, the 3GPP approved a first set of

industrywide 5G standards for telecoms, and most major networks are announcing substantial roll-outs across the nation in 2018.

Most experts agree that 5G will change the way small businesses operate. 24/7 Wall St predicts that commercial spend on 5G “will be huge” in 2018. AT&T just announced it would launch 5G service in a dozen U.S. cities before the end of year. Anyone who is responsible for technology spend in the retail sector should be taking note, as 5G has the potential to transform the way you roll out technology to new locations, as well as how you maintain tech at existing locations.

Why 5G is a Big Deal 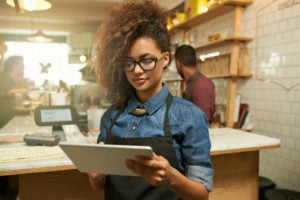 The Benefits of 5G for Retail Roll-Outs

With the right set-up, a retail location can connect all of their technologies via 5G. Point of sales, inventory, communications, and everything else inside your store will operate exactly as it always has, but without a hard-wired connection.

In the old days (last year), a new store would take 30 days minimum to get services installed. Today, with 5G, you can have service installed in two weeks or less.

Concerns About Rolling Out 5G for Retail

Despite its benefits, some companies have concerns about relying on 5G for retail connectivity. Capacity and reliability are the concerns most often cited, but both capacity and reliability are better on 5G than on most hard wired connections. In addition to automatic rollover when one system fails, 5G carriers maintain generators that provide backup power to their stations, so even if your site loses power, it won’t lose connectivity.

Others are concerned about the operating cost of cellular. While it is still a little more expensive than broadband for the same capacity, the costs are growing more competitive. Carriers recognize that they have to be competitive in order to capture the business market, and they’re making that happen. I predict that within two years, operating costs for 5G will be on par with or less than broadband. In the case of pop-ups where you only need the service for a brief time, the costs are already substantially lower with 5G than a hard wired connection.

Concerns About Rolling Out 5G for Retail

For many retail organizations, 5G will transform not only how they roll out new locations, but also how they maintain and upgrade existing locations. The reliability, capacity, and speed of 5G is a strong inducement to review existing installations and consider the shift.

Whether rolling out to new or existing locations, a successful 5G installation is simpler than a hardwired installation, but it still requires expert assistance. Equipment must be selected to support the 5G connection, and connections must be made and managed effectively to benefit from the increased speed and capacity of 5G.

Here at Trextel, we would love to help you make the switch to faster, cheaper, easier retail rollouts. Talk to us today. 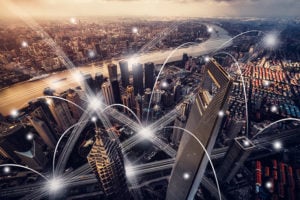 Don’t overlook this one challenge with your SD-WAN deployment

If you’ve been hearing a lot about SD-WAN lately, you’re not alone. This innovative technology package has the potential to change the way organizations manage their networks in distributed locations. 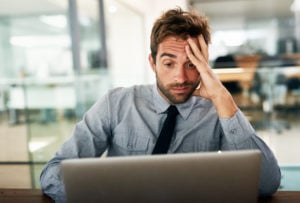 SD-WAN provides many deployment benefits that make it an excellent choice for retailers and other organizations. It’s faster, easier, and less costly to deploy than hardware-defined networks, and it provides extra layers of security.

Here Are 2 SD-WAN Challenges You Need to Manage

SD-WAN enables businesses to cost-effectively shape their network traffic and drive WAN performance. In many cases, it provides faster performance and greater flexibility than a hardware defined WAN. But you'll still have to integrate it into your